Soufflé synthesizes a native parallel C++ program from a logic specification. The synthesis is performed by several applications of the Futamura Projection: The semi-naïve evaluation of Datalog programs becomes the interpreter, the IDB is the static program that is executed on the interpreter, and the EDB the input of the static program. Soufflé mixes the semi-naïve evaluation with the IDB resulting in a relational algebra program that is imperative and relational. After further optimisations, the relational algebra program is transformed to a templatized C++ program applying another Futamura projections, again. As a result, we obtain a highly optimized parallel executable. Note that no persistent storage is provided resulting in better performance than traditional relational database management systems. The stages of the synthesis are shown below: 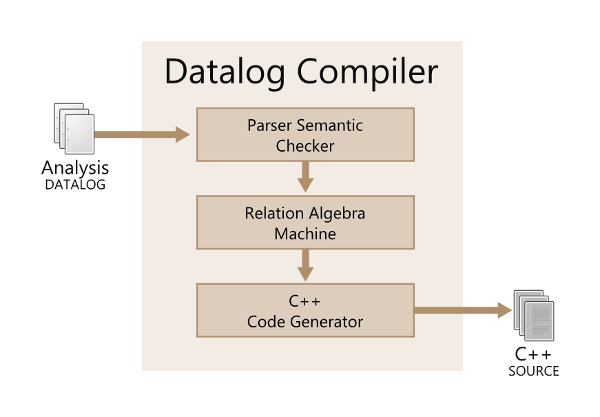